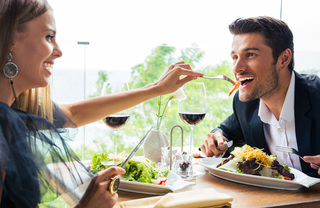 Do you like eating out? Head to any apartment complex in San Francisco, and there’s a good chance the majority of residents would answer “yes.” We’re guessing you count yourself among that group, and you might even be looking for a few new spots in town to satiate your appetite. The Mission District can provide some novelty for your palate, and the San Francisco Chronicle’s Ultimate Mission District Dining Guide is your key to discovering all sorts of new cuisine. Today, we’ll be taking a quick peek at some of what the Mission District holds in store to give you some ideas and get you motivated to head out and try something new.

What’s This About a Dining Guide?

Credit where it’s due — the San Francisco Chronicle has put together what is perhaps the most comprehensive guide around detailing what’s best in the Mission, and as a part of that guide, they’ve singled out the who’s who of classic eateries and dishes within the district, something of a Hall of Fame, if you’ll allow the comparison. That’s what we’ll be looking at today, taking a look at some of these legendary San Francisco spots to spur your interest to hit the streets and try a few for yourself, then continue your adventure by exploring new places to eat around the city.

Let’s start out with a bang, shall we? Foreign cinema presents a unique “twofer” opportunity. Not only does this spot serve a delicious mashup of Californian-Mediterranean cuisine, it does so while showing a few movies in their cozy outdoor seating area. They’ve been a hotspot since their inception in 1999, and they’ve made the Chronicle’s list of Top 100 restaurants for 18 years running. That’s all thanks to the direction of Foreign Cinema’s masterminds, Gayle Pirie and John Clark, who have continued to help the restaurant evolve and keep pace with the times.

You’ll delight at the wealth of food here, and the bevy of wine and cocktails that dot Foreign Cinema’s menu. We’re partial to the dinner oysters, but don’t forget that the Chronicle insists that there’s no way you can go wrong with anything from the brunch menu either. For those of you looking to capture a piece of the magic and take it home, be sure to pick up a copy of their Foreign Cinema cookbook, detailing all the best dishes from their expansive selection.

This establishment, founded in 2005, holds the distinction of being San Francisco’s first restaurant to offer South Indian cuisine. It’s spicy, it’s festive, and it brings that authentic Indian flavor with a twist of California influence for a menu that’s one of a kind. Helmed by husband and wife duo, Anjan and Emily Mitra, the restaurant has been blazing a trail in the San Francisco dining scene, racking up a number of “firsts,” if you read over their rather compelling story.

And it’s not just being “first” in so many arenas that makes DOSA great. There’s the fact that the establishment is continually evolving, experimenting with what works best to deliver diners the best experience possible. In addition to the all-day bar, you’ll probably enjoy the dosa here at DOSA. The sumptuous Indian-style pancakes are “prepared with goodness,” as they say, and made with the best in locally-grown, organically-sourced ingredients.

If you’ve been craving Cuban and Puerto Rican food, you’ll want to go with one of the most experienced providers in San Francisco. El Nuevo Frutilandia has been doing it since 1974, and they’ve got all the dishes you’d expect your local Cuban joint to serve. Ceviche, empanadas, mofongo — you name it, they can cook it up, and with the expert skill of an establishment that’s been in business for more than forty years.

That great food is complemented by a warm and friendly atmosphere. El Nuevo Frutilandia has a habit of making you feel like you’re at home, and the smiling faces make every meal taste that much better. We’ll note that dinner and lunch here are amazing, but for the full effect, be sure to swing by around Happy Hour, when the sangria flows like water (and helps you wash down those sumptuous tapas).

No list of San Francisco eateries would be complete without some suitable Japanese representation. Yuzuki is the go-to in the Mission District, serving up traditional Japanese favorites made with a panoply of local, organic, sustainable, and seasonal ingredients to help bring out the flavor. Everything you taste at Yuzuki is made from scratch, and prepared using traditional Japanese methods — it’s a philosophy that brings out the authenticity of their cuisine, and one that you’ll no doubt appreciate.

Little known fact: Yuzuki is the first US-based establishment to introduce unique menu items that are prepared using “koji.” If you weren’t aware, koji is a fermenting agent, and it’s what gives stuff like sake, miso, and soy sauce that special something. The more precise, Japanese term is umami, and, according to Yuzuki, it works to “enhancing the flavor [of food] and make the food soft and gentle to your body.” They go on to explain that this is a time-consuming process that requires expert attention, so many other eateries forego it. Yuzuki doesn’t, though, which means when you sample their menu items, you’re getting the all that subtle and sophisticated flavor you’ve been missing elsewhere.

Love discovering new and exciting establishments to add to your list of favorites? Make your hobby that much easier at an apartment complex right in the middle of it all. The Towers bring luxury right to San Francisco’s downtown, and give you access to all the best The Bay has to offer. For urban explorers, food adventurers, and social butterflies, there’s no place quite like it. Explore what The Towers have in store today, then make this your choice for the ultimate San Francisco experience.