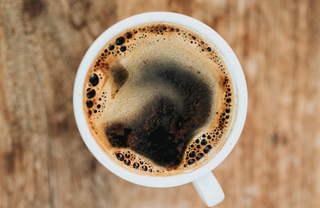 Saturday, September 29th is fast approaching; do you know what that means? It’s time to mark your calendar for National Coffee Day. While you could take the simple approach, enjoying a cup or two by yourself in the comfort of the South San Francisco apartments, why not hit the town and take full advantage of the perks this glorious “holiday” offers? In case you didn’t realize it already, many establishments like to give a nod to NCD by serving up free coffee for visitors; in a coffee town like San Francisco, that means you’ll have plenty of opportunities to snag a cup at your leisure.

But where will you go? What sort of coffee should you get? And what’s the difference between National Coffee Day and the similarly titled International Coffee Day? Those are all questions we intend on answering today, so read on as we provide a bit of history for this fun holiday and list a few options you’ll want to visit when it comes time to get yourself a cup of joe, raise it high, and celebrate the nation’s love of caffeine.

“In 2015, the ICO launched the first official celebration of ICD with a dedicated website featuring more than 70 events from 35 countries across the world. In 2016, nearly 130 events from 54 countries were posted on the ICD website. In 2017, celebrations were held by people in every continent: from Egypt to South Africa, from Canada to Brazil, from Norway to Greece, from Azerbaijan to Indonesia to Vanuatu.”

International Coffee Day takes place on October 1st, and features the kind of events you’d expect for such a celebration: get-togethers between coffee enthusiasts, seminars and lectures on the topic of coffee, promotional offers from coffee shops, and even people sitting at home alone enjoying a solo cup of coffee.

With all the attention International Coffee Day receives, it’s understandable that you might confuse this with the United States’ National Coffee Day. The events are separate, however, and this is a fact that the ICO points out on their website:

So, while International Coffee Day provides a chance to celebrate that love of coffee with other folks from around the world, September 29th’s National Coffee Day in the US is a more focused occasion. Specifically, National Coffee Day provides a chance to reflect on our uniquely American perspective on the caffeinated beverage, one rooted in patriotism, according to PBS:
)
“Coffee plants reached the New World during the early 18th century, though the drink wasn’t really popular in America until the Boston Tea Party of 1773, when making the switch from tea to coffee became something of a patriotic duty.”

When did National Coffee Day first start in the US? What were the origins of the celebration? Some sources, like I Love Butter Coffee alludes to reports that the National Coffee Association started the holiday as a promotional tool back in 2005, but concedes the earliest usage of the term they could find in relation with the now-accepted official date only stretch back to 2013.

And while answers to those types of questions are more difficult questions to pin down, but what’s clear is that when September 29th rolls around, you’ll have a reason to down a cup of coffee and give a nod to the significance coffee played in America’s past. As for how you should celebrate come the date of this joyous event...

How to Celebrate on National Coffee Day

Obviously, the way you celebrate will be unique to you, but there are a few common traditions some people observe. They might, for instance, use it as a chance to fool around with some new method of brewing they’ve been meaning to try (the French press, cold-brew drip, etc.). Others still might surprise a loved one by making them a fresh cup at home and serving it to them when they least expect it. Perhaps most popular of all the National Coffee Day trends, though, is grabbing a free cup of coffee from your favorite establishment.

National Coffee Day was created to promote coffee as a culture, so it makes sense that purveyors of fine coffee would want to boost their profile by handing out free samples and discounts during the event. While you could try a big-named chain for something simple, you know that offerings in San Francisco are so much more numerous. You could just as well check out one of the city’s essential coffee shops to get a better taste of the that hometown flavor. There are 29 on that Eater San Francisco list, but even that’s just the tip of the iceberg.

There are hundreds of places to get coffee in San Francisco, and, as the San Francisco Chronicle points out, the town is a hotbed for local coffee action:

“Since the 19th century foundings of Folgers and Hills Bros., San Francisco has been a coffee town. Cafe culture here has flourished since the 1950s, when Caffe Trieste opened in North Beach, arguably the first espresso bar on the West Coast.”

Be sure to make the most of National Coffee Day by showing some love to your favorite local coffee spot, and taking some extra time to enjoy every last drop.

Throughout it all, you’ll do well to take note at how perfectly downtown areas like The Towers are suited for coffee lovers. Placing you within walking distance of all of the city’s greats is just a start; these luxury apartments also provide the perfect atmosphere for enjoying a cup of joe at home. Just another reason to give The Towers a look, and make them your first choice for downtown living in the heart of the Bay Area.