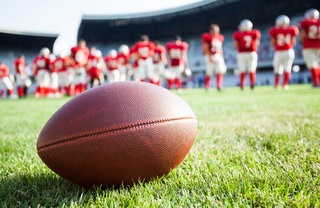 The areas around the fabulous apartments in San Francisco are known for many things. There’s the history of this great city. There’s the beauty of the city. There are many great Bay Area sports franchises and even fine events like San Francisco Auto Show. This year, the city will be able to add another feather to its cap, as it will also be the location of the biggest rugby event ever in the United States.

If you don’t know what we mean, we’re talking about the Rugby World Cup Sevens. This is the first time the event will have been held in the United States, and San Francisco gets the honor of hosting it. Just what do you need to know about this unusual but thrilling event? Keep reading, as we explore just what the Rugby World Cup Sevens is all about, where you’ll need to go to see it, and how you can secure a spectator spot at this competitive tournament.

What Are the Rugby World Cup Sevens?

The short and sweet of it is this: the Rugby World Cup Sevens is an international Rugby competition held every four years, put on by World Rugby, the organization that oversees the sport of Rugby Union. The very first such tournament was held in Scotland in 1993, and now the event has come to the United States for the very first time.

It will take place from July 20th to July 22nd, at AT&T Park (home of the San Francisco Giants, as you may well know). This tournament will feature a total of 84 matches, featuring 24 men’s squads and 16 women’s squads. The teams in the tournament are as follows…

You can learn more about the individual squads on the official site’s Teams page. One thing’s for certain, though, they’ve got the skills that have brought them to the international stage, and will be giving their all to prove their worth as the best in the business.

Both tournaments will be played in a “knock-out only format,” a first for the Rugby World Cup Sevens. What this means is that everything is going down “sudden death” style. If a team loses, they’re out of the tournament, and only the winner will advance to the next round. The team’s will have to be on their “A” game from the start to have a chance of advancing to the finals and eventually taking home the championship. The schedule for the various rounds will proceed as follows:

Obviously, the tournament is drawing quite a bit of attention, and there are plenty interested in attending. If you count yourself among the bunch, then you’ll want to head over to the official site’s Tickets page to learn more about purchasing seating at the event. You can get a one day ticket, if you’re only interested in stopping by for a single day of the action, or three-day tickets if you want to check out the whole tournament. There are various upgrades and VIP packages that will net you extras if you’re a super rugby fan, and, you should also bear in mind that one dollar from every ticket purchased “goes towards funding youth rugby programs in the San Francisco Bay Area.”

Even if you can’t attend, though, you’ll want to keep an eye on what’s happening. The best place to start is the Rugby World Cup Seven’s “Fan Zone,” which will keep you up to date on all the various ways you can connect with the action. There’s a list of stations that will be broadcasting the tournament worldwide, which includes ITV, CBC, Supersport, NBC, Fiji TV, EIR Sports, Flow Sports, Fox Australia, Spark, Eurosport, S4C, OSN, ESPN, TV Asahi, Silknet, Match TV, and CCTV. There’s also the official Rugby World Cup Sevens 2018 App, available for Android and iPhones, which will keep you up-to-date on everything that’s going on as the tournament progresses.

You can check out news from the lead up and action at the RWCS here, and even follow the RWCS on Twitter, Facebook, YouTube, Instagram, and other social media platforms. They’ll be showing you the best highlights from during the matches and behind the scenes, so if you take your rugby seriously, you’ll definitely want to keep an eye out and stay current on what’s sure to be a tournament for the ages.

As if there wasn’t already enough San Francisco was known for — now there’s an entirely new bit of excitement buzzing among the city streets. The Rugby World Cup Sevens will be among great company here among the luxurious sights and sounds of The Bay Area. If you’re at all interested in Rugby, and even if you aren’t this should be a great opportunity to get out and see something new. When it’s all said and done, you can rest up at your home base in Carmel Rincon, aided by the many fine amenities and close proximity the community has to everything that San Francisco has to offer.