Up to 4 Weeks Free!* Call today to schedule at tour!

What Is the East Cut? 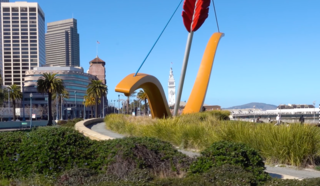 What is the East Cut neighborhood?

This fast-growing area of downtown San Francisco is a walkable delight full of public art, lush green spaces, high-rise residences, corporate towers, coffee shops, restaurants, local boutiques, and more. Designated in 2017, the East Cut was created so that the emerging neighborhood had a unique identity to distinguish its similarly unique footprint from the rest of the city.

One of the main driving forces behind the East Cut is its new CBD (Community Benefits District), a grassroots initiaitve established in 2015 by local residents to strengthen the area as it transitions from commercial-industrial use into what is now being viewed as a brand-new downtown.

Where is the East Cut Located?

Uniting the Rincon Hill, Folsom Street, and Transbay areas, the East Cut comprises about 20 city blocks. While it’s bordered by the Embarcadero, the Financial District, Yerba Buena, and South Beach, it has an energetic, up-and-coming character that’s all its own.

Why is it Called the East Cut?

In 1869, the City of San Francisco decided to flatten the center of Rincon Hill in an event known as the “Second Street Cut”, creating a 100-foot (30 m) canyon that split the hill in two. While this helped make more room for commerce between the bay and downtown, it also destabilized the neighborhood and made it much more industrial.

The 21st-century name of “East Cut” the CDB's nod to this historic leveling, as well as to a vision for a dynamic new future.

What’s the History of the Area?

One of San Francisco’s original “Seven Hills”, the Rincon HIll area was once one of the most exclusive neighborhoods in the city. After the Gold Rush years, notable gilded age personalities from William Tecumseh Sherman to William C. Ralson resided in mansions atop the 100-foot hill. However, after the disruptive Second Street Cut of 1869, many residents decamped for neighboring Nob and Russian HIlls. The area started to become even more of an industrial thoroughfare after the San Francisco Earthquake of 1906 sadly destroyed many of the remaining mansions. In 1936, the Bay Bridge’s opening further contributed to increasing traffic and congestion. For much of the remaining 20th century, this neglected downtown area lacked the cachet of its former heyday.

Fast forward to today, where the East Cut has now seen 60% of San Francisco’s housing development in the last decade. juxtaposing high-rise towers with lush green spaces, vibrant public art, and the allure of the nearby waterfront.

“Animated by a vibrant cosmopolitan spirit that celebrates the grand reward of urban living – constant motion and evolution, serendipitous encounters, unanticipated inspiration. The East Cut has evolved from a colorful and rich history to epitomize the dynamic future of San Francisco.” - The East Cut Community Benefit District

What Makes the East Cut Unique?
Here are just a few reasons to visit or make this special neighborhood your new home: