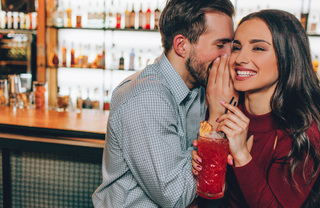 If you’re flying solo and looking for San Francisco apartments for rent, take solace in the fact that the Golden Gate City is one of the hottest spots in the country while you’re experiencing single-dom. Why, you might ask? There’s the fact that the city offers so much to do and see, for starters, but beyond that, the atmosphere is just right for single folk to strut their stuff and have a great time doing it. Today, we’re going to be tackling the realities of single life in The Bay, and touch on some of the great activities you can get into when you’re single and ready to mingle.

So let’s get this out of the way first. Are there some qualms that some single-folk have with San Francisco? Absolutely. Take this article from Thrillist for example, which bemoaned the state of the dating scene in San Francisco back in 2015:

“For better or (much, much) worse, dating in SF is not like dating in any other city. It just isn't. Whether it's because we're sometimes too laid back or because we have the best date hikes in the entire world, you won't find another place like it to try to find your lobster.”

Among the many complications the Thrillist article cites, the general “lack of dating etiquette” seems to stick out the most. If you’re looking for chivalry and the old-school “date experience” there’s a chance you’ll need to look for a while, as the San Francisco scene is a bit more fast-paced and every (wo)man for themselves. Add to that the fact that you’ll run into more than your fair share of flakes and “transients” who are only calling San Francisco home for the short term, and you’ve got a potential recipe for some disappointment on your hands. It’s not all gloom and doom, however, as San Francisco is chock full of worthwhile dates-to-be if you happen to be single, as Katey Yurko over on Violet Frog points out:

“We have so many SMART and established men in SF. Most of them are very driven and work their asses off. You actually won’t find many who aren’t hard workers here.”

And the same applies to the women of San Francisco — they’re driven, intelligent, and an A-grade catch for anyone lucky enough to meet them. You just have to know where the meeting takes place! Thankfully, in San Francisco, the spots are plentiful, as we’ll soon find out. First thing you’ll need to do is ditch the dating app and get out there into the real world. As Eventbrite (of all outlets) points out, San Francisco is jam-packed with singles who prefer meeting in real life doing cool stuff, and there are hotspots aplenty to encounter them out:

In addition to these popular locations, Eventbrite notes that you can attend just about any training event, museum, or street fair, of which San Francisco has plenty. So, what we’re saying is, minor drawbacks aside, San Francisco is a great place to be single and meet new folks — as long as you’re willing to get out there and make an effort!

The Perfect San Francisco Apartments for Rent When You’re Single

That frenetic solo lifestyle of yours will be complete when you’ve got a killer single’s pad to call your own. For that, you needn’t look any further than The Towers at Rincon, where luxury, comfort, and convenience are a part of everyday life. Positioned in San Francisco’s blossoming downtown, you’ll also be close to all the hippest city happenings, and for a budding single, that combination is all you need for some memorable times. Check out what The Towers are all about, then get ready to upgrade your single life with a brand new apartment that truly fits your personality.