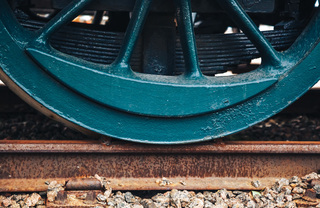 It’s no secret that the City of San Francisco and railroads have something of a special history. After all, the San Francisco apartments probably wouldn’t be what they are today if it weren’t for the railroads linking various California cities to one another, and California itself to the rest of the country. It makes sense, then that the city to rails as a form of transportation within the city as well, and streetcars and cable cars are not only a common sight, but enshrined at places like the San Francisco Railway Museum Steuart Street:

“San Francisco is one of the few places in the world where you can get the actual experience of riding vintage rail transit in its “natural habitat” — the rumble of the motors under your feet, the swaying of the car itself, the smell of the brakes...”

Ready to learn more about the Railway Museum, and San Francisco’s love affair with the humble trolley? Read on, as we delve into this classic San Francisco location and all you know about those historic street and cable cars.

What’s So Special About the Railway Museum?

Open Tuesdays through Sundays, the San Francisco Railway Museum offers an experience few can match, a “celebration of San Francisco’s rail transit history,” with a special focus on the “positive impacts” of both street and cable cars, and the way that have influenced life in San Francisco during their many years in use.

As part of their goal of preserving this bit of San Francisco history, the museum features full-sized replicas of the “motorman’s platform” from a classic 1911 streetcar, allowing you to get a glimpse of what it was like at the controls for this particular piece of machinery. In addition, you’ll get to learn all about the history of the cars and their use within the city (something we’ll touch on further in just a bit).

Beyond that, the Railway Museum is also famed for its gift shop, where you can purchase all manner of unique railway-related merchandise, specially designed, and the likes of which you won’t find anywhere else:

“Our ‘flagship’ merchandise line is Market Street Railway’s own Historic Travel Series of images that evoke the heyday of travel posters from the 1920s and 1930s. These images, created by San Francisco artists John Mattos and David Dugan, depict cable cars and historic streetcars in the context of the San Francisco neighborhoods they serve.”

It’s quite the experience, if you’re up for it, so be sure to mark out some time on your schedule and make a trip down to Steuart Street soon.

The first thing to note about San Francisco’s rails are that they are home to both streetcars and cable cars. Though they might seem interchangeable to the casual observer, there are differences that you’ll definitely want to pay attention to.

First, the cable car. Invented in 1873, by Andrew Hallidie, these giant cars use steel rails, and have “a slot between the tracks where an underground cable runs at a continuous nine miles per hour.” They don’t have their own motors, so they’re powered by from a central powerhouse. They were created specifically to climb the hilly terrain of San Francisco, and while many cities once used them for transportation, San Francisco is the only city where you’ll still find them in use.

There are three cable car lines in the city: the Powell-Mason, Powell-Hyde, and California Street lines. Together, they form the so-called “iron triangle,” that connects Downtown San Francisco and Fisherman’s Wharf.

Remember, while cable cars are similar in appearance to the streetcar, you shouldn’t mistake the two, as streetcars (also known as trolleys or trams) lack that slot between the tracks and the underground cable that powers the cable car. Instead, they use an onboard electric motor and draw power from an overhead wire to propel themselves.

Their superior speed made them preferable to the cable car, and they fast became the mode of urban transportation for the early portion of the 20th Century. You’ll still see some of the streetcar fleet on the move in San Francisco, and the city has the reputation for some of the most legendary streetcar lines in history. Though at times in the past, the status of streetcars in San Francisco came close to extinction, they seem to have rebounded, hitting their stride once more and gaining a bright future:

“Historic streetcar service has now been extended farther along San Francisco’s waterfront with the opening of the E-Embarcadero line from Caltrain to the Wharf, sharing track with the F-line to the north and the Muni Metro south of Folsom Street. The E-line is a direct result of Market Street Railway’s advocacy.”

Perhaps the lines will extend further in the future? The support from the community seems to be there, and continued advocacy from groups like the Railway Museum might well make this a possibility. Of course, they can’t do it without support, which is why the museum, and by extension, the Market Street Railway organization, are always seeking out new members and volunteers to help the cause.

Be it through memberships, donations, or volunteering your time, you can play your part in securing a future for the railways in San Francisco, and help keep this important piece of history alive well into the future!

These San Francisco Apartments Make It Easy to Get Around; No Cable Car Required

When you call places like the The Towers at Rincon Home, you’ll find that traversing the city and getting to all those hotspots you’ve had on your hit list becomes just that much easier. Nestled in this ideal downtown location, the wonders of the city are yours to explore, in superbly walkable fashion to boot. From the Embarcadero Center to the Yerba Buena Center, this is how you were meant to experience San Francisco. Be sure to check out everything The Towers at Rincon has to offer, and drop us a line to make this your new Bay Area home.