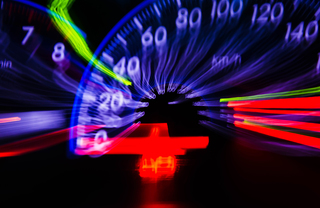 Automobiles and big conventions go hand in hand. As anyone who’s ever lived in apartments in the Bay Area can attest, this is particularly true for San Francisco, home of the San Francisco International Auto Show. Held from November 18th to November 26th, this international affair is now in its 60th year, and this year was a show that blew previous iterations out the water, with high praise from multiple media outlets and a number of amazing sights that were unveiled at the event.

What went on? What stood out? What should you do if you’re interested in attending next year? We’ve got the breakdown for you, so keep reading and learn the critical details about this year’s SF International Auto Show and what you might have missed.

What Is The San Francisco International Auto Show?

First, though, a bit of history, courtesy of the event organizers themselves:

“In 1958, unable to participate in the local domestic auto show, forward-thinking Bay Area import auto dealers decided to create their own exposition. Given the novelty and interest at the time in foreign made cars, the auto dealers’ idea proved to be a good one. For nearly two decades the Import Car Show, the precursor to what is now the International Auto Show, flourished and expanded at Brooks Hall and the Civic Center.”

That was the spark that grew into the flame that has become the International Auto Show. Since then, it’s seen a change in venues, along with many new vehicles gracing its stage. Throughout the years, though, it has continued to grow and the exhibits and coverage have continued to become bigger and better. This year promised “the latest in automotive innovation representing the work of the world’s major manufacturers.” Did it live up to expectations? In a word, “yes.”

The schedule of events this year featured a range of notable manufacturers. Chrysler, Dodge, Jeep, Jaguar, Kia, and many more were in attendance, showing off their new designs. These were 2018 models, the pinnacle of exotics, electrics, hybrids, and alternative fuel vehicles. Test drives were held at regularly scheduled periods, classic vehicles selected from the San Francisco Academy Of Art collection were showcased, as were a few from the San Francisco Auto Salon’s custom varieties.

Cars and SFGate both did a rundown on what they thought might be big winners at this years show, calling attention to the customs, classics, and exotics, along with the test drive sessions that would allow enthusiasts to get a taste of these automobiles. Highlights can be seen from the event’s Twitter Page, showing off some of the latest and greatest in automotive tech. The new Audi RS3, for instance, made an appearance, a vehicle that’s been making a lot of amazing first impressions across the globe, particularly on account of its impressive engine:

“The engine in the RS3 is ready to rock as soon as you step on the gas. The all-new 2.5-liter turbo-five kicks out 400 horsepower between 5,850 and 7,000 rpm and 354 pound-feet of torque between 1,700 and 5,850 rpm. Audi says 3.9 seconds zero to 60 mph, I say nuts — it feels quicker. The engine sounds great with the ripping roar unique to five-cylinder turbos. It is especially sweet with the sport exhaust option; I would never buy this car without it.”

The sporty looking Acura NSX GT3 was also in attendance. The $543,000 racer might be out of the price range of most casual drivers, but it certainly was a sight to behold. And if you were able to snag one of these, you’re in for a treat, as Top Speed noted in their review:

“I have a feeling the NSX GT3 is going to perform quite well once it can officially be used in GT3 races, of course, my judgment could be clouded by my opinion of Acura vehicles. Either way, the NSX is a prime piece of engineering that so far has proved it has the ability to stand against its rivals in road-going form.”

Perhaps most lauded, at least by the San Francisco Chronicle, were the many electric cars that dotted to show floor. They noted that this year’s show marked the most EVs to date:

“More zero emission vehicles and their hybrid cousins than ever before will be featured in the displays of major manufacturers from around the world when the show opens Nov. 18 at Moscone Convention Center.”

Which, apparently, is a good thing, as plans to ramp up EV use in California are about to go into full swing:

“State officials want even more EVs on the California roads, aiming to reduce by half the number of gas-powered vehicles on state roads by 2030.”

And which of those electric vehicles impressed? The Chevy Bolt certainly stood out, in part because it’s one of the more successful models, and one that has made access to EVs simpler for California residents:

It was hardly the only EV there, though, as the BMW i3, Toyota Prius, and Nissan Leaf were also on the showroom floor, and gaining a fair bit of attention themselves as well.

Speaking of the showroom, the International Auto Show also granted attendees a chance to gander at the new and improved Moscone Center:

“The auto show is the only one at Moscone Center that invites the entire Bay Area to enjoy the complex...And it is a great show.”

The improvements to the site include an expanded south hall, which is now more than 200,000 square feet larger. All told, it was an impressive display, and if you want to check out the show when it returns next year, you’ll need a spot to set up at in San Francisco.

Apartments In The Bay Area Make It Possible

To enjoy the thrills of the San Francisco International Auto Show, check out Carmel Rincon, a pristine rental community located near the finest that San Francisco has to offer. You’ll delight at the spacious floorplans and fabulous amenities, so tarry not, and make this your choice for living by the Bay.