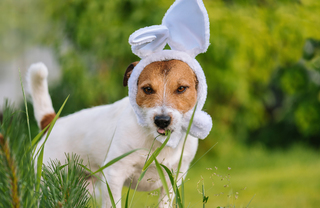 This April, near the finest apartments in the Bay Area, along Union Street, a much-lauded, annual tradition is making its yearly return -- The Union Street Easter Parade & Spring Celebration:

This will be an excellent way to commemorate the start of Spring, and those of you that want to attend will want to read on, as we delve into the details of this much-anticipated event.

First, let’s get the general information out of the way. The event will be held on Sunday, April 1st, starting at 10:00AM and lasting until 5:00PM. The parade itself kicks off at 2:00PM, and will take place on Union Street, from Gough to Fillmore. It’ll be going down rain or shine -- no excuses.

As the event organizers describe, this is far from any average street fair or formal parade. Magic and whimsy abound as games, activities, and plenty of kid-focused fun takes center stage:

“It can best be described as wonderful, wacky, elegant and fabulous, with everything from roller-blading butterflies and creative self-propelled mini-floats to garden areas, sophisticated fashions and beautiful classic and art cars. It’s a special event for the entire family.”

The schedule of events, currently, is as follows:

Though they’ve only got a 15 minute performance slot, the event has given considerable promotion to Cheer SF, San Francisco’s official cheer team. Apart from being amazing entertainers, well-versed in the art of cheer, the group and their activities are all a part of charity:

“We are an adult, all-volunteer 501(c)(3) charitable organization supporting beneficiaries that assist those living with HIV/AIDS, breast cancer, and other life-challenging conditions.”

You can read more about their history and mission here, but the long story made short is that Cheer SF was the world’s “first LGBTQ-identified cheerleading team” when they first formed in 1980, and have gone on to become the “largest, most seen, most fiscally successful, and longest-running charitable nonprofit cheerleading team in the world.”

Their stunning performances have rocked crowds worldwide, earned them an invitation to a US Presidential Inauguration (the first LGBTQ cheer team to do so) and helped support organizations like the Red Cross, AIDS Emergency Fund, and Whitman Walker AIDS Clinic (among many others).

Also central to the festivities at the parade will be the Easter Bonnet Contest. Judges will be delivering their opinions on the best offerings from 11:15AM to 1:30PM, with categories such as:

Awards will be granted at 3:15PM on the Main Stage at Buchanan.

For an even better idea of what’s in store, you can take a look at some photos from the 2016 and 2017 celebrations, showing off the enjoyment of the crowds and the great time everyone had. As you can see, there were plenty of pony rides, costumed characters, and dogs in funny hats to go around. It was both a colorful and mirthful affair, and will likely be more of the same this year.

Of course, the parade wouldn’t be quite as spectacular if it weren’t held against the backdrop of Union Street, so let’s take some time to give both the roadway and the surrounding Cow Hollow neighborhood their due. The history of Union Street can be traced back to the 1800s, when the city of San Francisco began to expand during the Gold Rush. Union Street was something of an upscale destination, where refined citizens settled and build impressive Victorian-style mansions.

It was in the 1950s, however, that Union Street began to morph into what it is more well-known for today -- a lovely shopping district where specialty stores, services, and restaurants rest against the old-school Victorian setting:

“Today's Union Street and its surrounding Cow Hollow neighborhood, named among the top 5 best neighborhoods in the nation for young adults to live, also caters to the younger generation with gyms, cycle shops, yoga and spas and an abundance of beauty, health and fitness venues, boutiques, sports bars and coffee shops.”

In the modern era, care for this area is supported by the efforts of the Union Street Association, a “membership of local businesses led by a 7-member board of directors.” The Association assists with preservation efforts, protecting the historic architecture and restoring edifices to their full glory. They foster diversity among the many businesses that call the area home, and even invest in keeping the neighborhood beautiful with “colorful street banners, planter boxes and flowering shrubs, street cleanliness and general maintenance.”

The parade isn’t the only thing going on this spring. Steven Restivo Productions, who helped organize the event, has plenty of additional festivities on their calendar.

Maybe you’d like to attend the first ever North Beach Spring Wine Walk? The much-hyped tasting event will “include merchants offering wine samples inside their stores throughout North Beach on Grant Ave, Columbus Ave, Vallejo Street and Green Street,” a wine lovers dream.

Or perhaps the PIER 39 Spring Wine Pour is more your speed? This wine-focused funfest at the pier won’t just let you get your drink on -- you’ll be supporting the Aquarium Of The Bay’s conservation education programs with your ticket purchase.

The point is, there’s plenty going on this spring in San Francisco, so keep your eyes peeled at all of the events coming up and be sure to get out there to spend time with your fellow San Franciscans.

See How Much Fun Apartments In The Bay Area Can Be?

How could they not be fun, when they grant you convenient access to so many amazing events? Beyond the festivities, though, you’ll be living in style in any of the many spacious layouts places like The Towers At Rincon have on offer, so be sure to check them out and find the one that best suits your high-end, comfort-focused lifestyle.